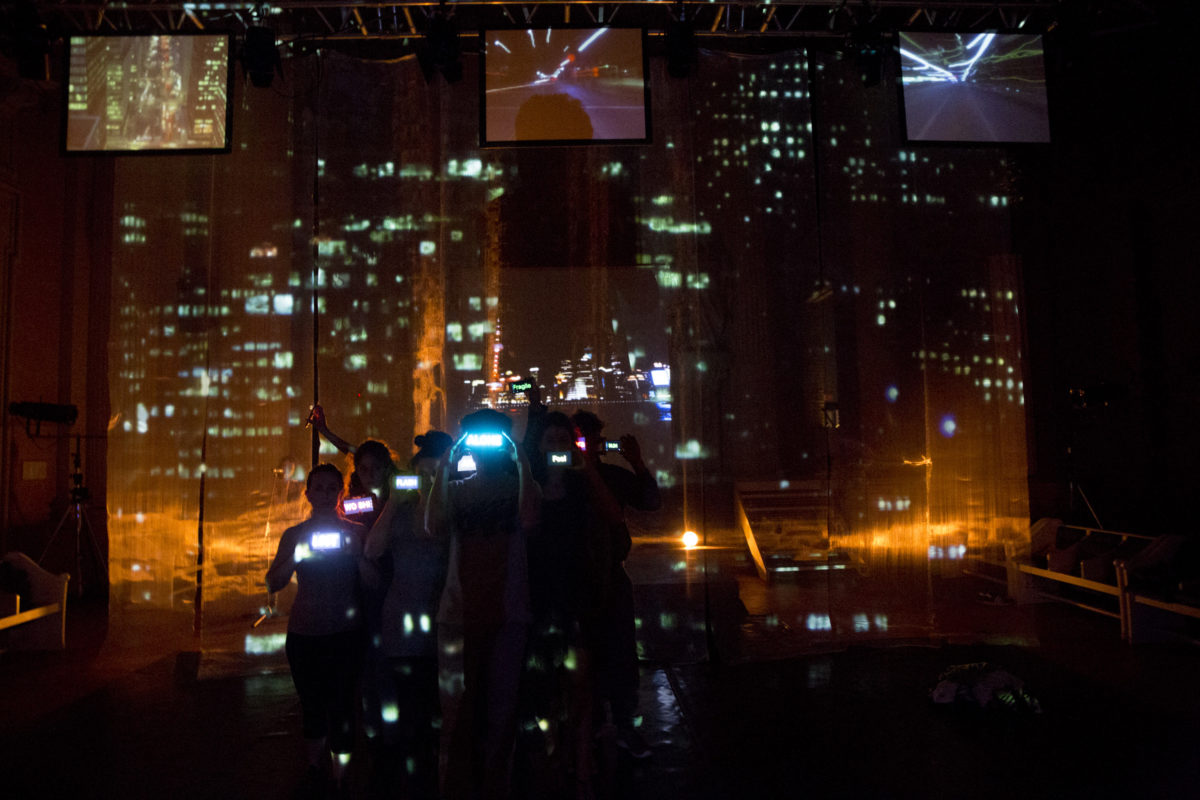 Show, final result of the workshop In the cities, directed by Instabili Vaganti 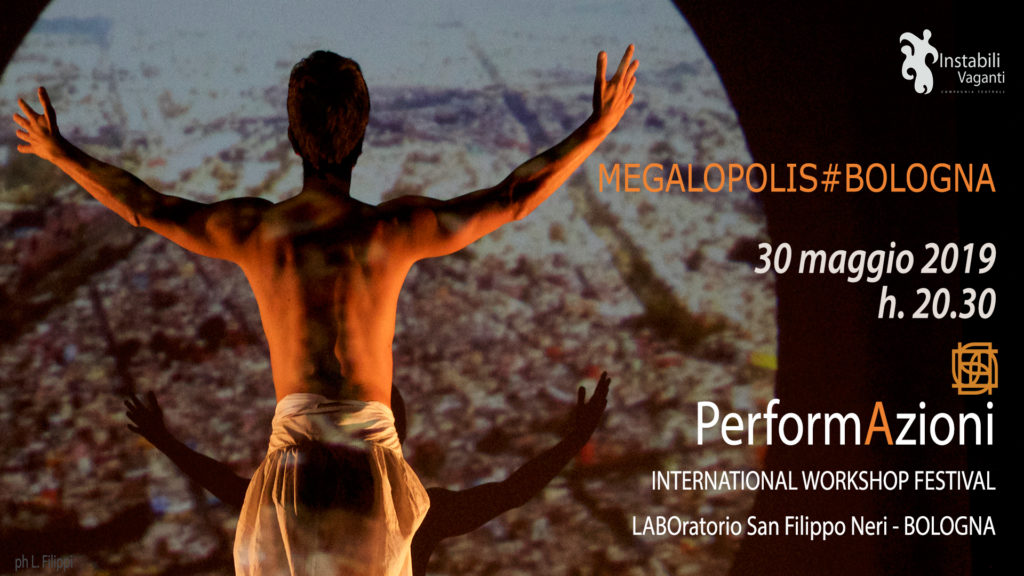 The show consists of various scenes representing the different faces of a polyhedric virtual city. An “invisible” city, from which emerge real aspects, visions and memories, expressed by the performers’ actions and the multi-lingual dramatic composition, musical settings and video shows.

Elements that, altogether, draw a sort of architectural – sensorial map, in which the performer (like a contemporary Marco Polo) carries out continuous transfigurations, travelling through different times and spaces, in order to embody some of the masks of the contemporary. While wandering, he meets some figures that, with their artistic specificity, represent the narrated lands.