With the support of Mibac and SIAE, under the program “Per Chi Crea” 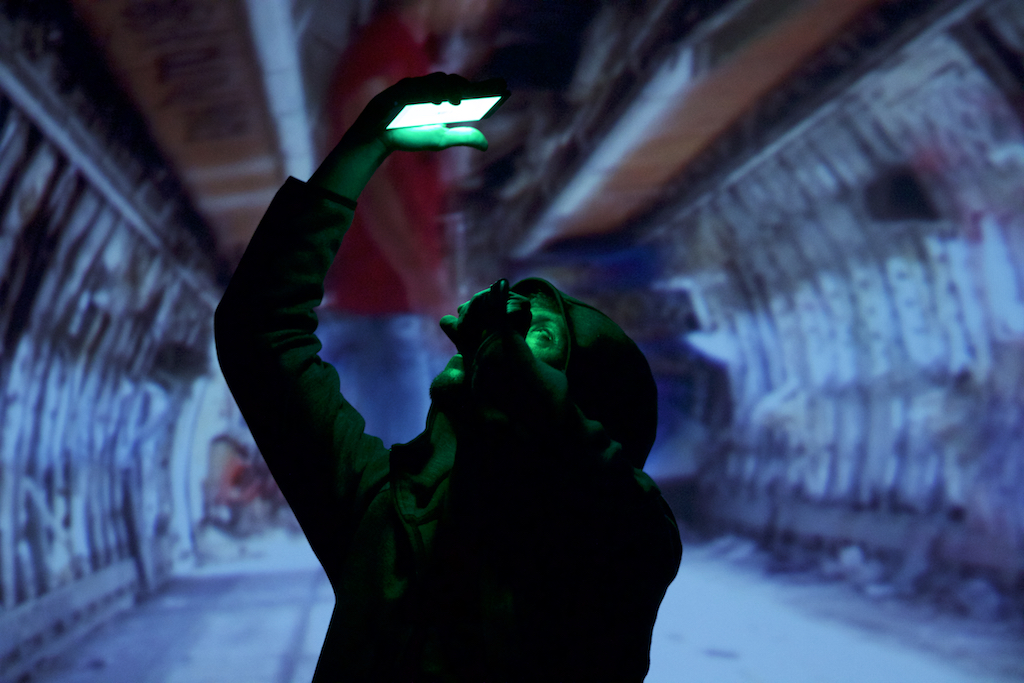 Among the texts that contributed to enrich the project’s concept, one stands out in particular: The Invisible cities of Calvino. More than thirty years have passed since the author introduced the concept of “megalopolis” as the urban model of the future.

In our contemporary time, the megalopolis has emerged as an indispensable model, capable of shaping our identities and transforming us from local citizens into planetary citizens.

Like the Marco Polo of the novel, we have embarked on a rigorous search for the purpose of recognizing, within our planetary identities, fragile human aspects that weave on the stubborn wires of memory, using the body language as a mediator of meeting and exchange.

During our international tours we have been living and working in some of the biggest cities in the world and we have understood the important influence they have in the territory they belong to. From these megalopolis emerged common aspects, at the same time globalizing and uniform, so clear and recurring in a way that disoriented us. Places where the identity of a whole country mixed up, got lost and, at the same time, generated a cultural patterns return and a form of protection of traditions. Places affected by a “drama” born from the constant dialectic between innovation and cultural resistance, creation of opportunities and overwhelming competition, wish of success and depersonalization, market rules and survival, organic nature of the human being and inorganic nature of productive rhythm. In these cities our perception of the reality is confused, space and time dimensions seem to change. Voices, sounds, lights, advertisements, smells, flavors appear distorted like in a dystopian movie. Our memory starts to build its own “Global City”, made up of fragmented memories and micro stories we have gathered in the different countries.

A man, a marginal subways peddler, makes his entry into the global city, trying to sell “memories”, to stimulate the spectators to enter in a different dimension, to reflect on what they have lost within the chaos generated by the hectic pace of the cities. A woman unrolls long sheets of paper, tracing roads, writing messages, slogans that memory has recorded in various metropolises of the planet, and that turn into rhythmical songs, in contemporary mantras destructured and stitched on repeated movements, on a ritual of the body that survives in the globalized megalopolis.

As in a contemporary theatre of shadows, objects are animated by creating visions: small glasses become real palaces and paper sheets turn into the wings of a fallen Icarus. Faces that are also smart-phones, tablets, which with their presence highlight the character of the new digital identity. The megalopolis is offered as a complex mechanism of sounds and images that manifests itself in the form of double video projection invading walls and pavement of the scenic space, to decorate as a virtual tattoo the faces and bodies of its inhabitants.

The individual rises from the indistinct mass, defending his identity in the multitude, affirming his own specificity of “human being”, revealing his face, his own history, his own culture of origin. A sophisticated and contradictory mechanism that Kapuściński calls “the mirror system” where “… our culture is mirrored in the others and only at that point begins to become understandable.”

In this first dramaturgical work, expressed in three languages: Italian, English and Spanish, the performers individual stories look to the events of a global history, crossing topical issues such as the “Cold War” between the two Koreas and the dramatic contradiction of the artificial boundaries, of the walls that still separate today’s “worlds”. The performers pass through different transfigurations evoking characters and feelings of the crossed megalopolis: from the Indian gods to the idols of the Mexican “lucha libre”, from the Kolkata inhabitants washing their bodies in the street to the white pureness of a Korean funeral in a small village. They cross all the cities they have been pushed by the necessity of being among the people, like the man of the crowd of E.A. Poe, taking the spectators in a sort of journey that overrides space and time dimensions, in search of The Global City.